Last year, Dan and I participated in our first ever Spartan Race in Kalispell, Montana. That recap can be found here: Spartan Montana Sprint 2013

After that race, I participated in four more Spartan Races—2 more Sprint distances, 1 Super, and 1 Beast, thus earning my membership in the Trifecta Tribe. I had a great time doing all the races that I knew I had to do some again this year! Naturally, Dan and I signed up for the Montana Spartan Sprint again!

We headed down to Kalispell, MT, the night before so we could get to packet pickup. Pickup was running from 5-8 PM outside of Sportsman Ski Haus. We arrived at 5:10 PM and the line was out of control. Last year, Dan and I maybe waited ten minutes tops. I am not sure why the line took so long to move, but we waited a solid 1 hour and 20 minutes. There were some people who waited even longer. If the weather had been bad, or if we hadn’t been able to take the beer we purchased out of the beer garden back to our friends standing in line (and vice versa) this would have been completely unbearable. This is my only complaint of the otherwise awesome weekend. I truly hope the organizers of the race do something about this next year, because obviously more people utilized race pickup the night before than last year.

I did win a parking pass for us (and a sweet long sleeve burnout-tee!) at the pickup pre-party! The pass came in handy the next morning, as we could drive straight to the race site and park our car on property, versus taking the shuttle. We had a 10:45 heat time, and our friends Matt & Kelly would be racing along with us in this heat. It would be their first ever Spartan Race experience!

The course, while in the same location as last year, started and ended in a different spot, and also went in what I would consider to be reverse direction as the year prior. This was awesome as someone who had done the race the year prior. Another cool thing about this event was it had been deemed a “Founder’s Race”, as Joe De Sena and other founders of the company personally helped construct it. They would also be participating in a Founder’s Heat later in the day!

There were many traditional Spartan Race obstacles, such as the Over, Under, Through….Cargo Net…Sand Bag Carry…Spear Throw…Barbed Wire Crawl….Rope Climb. But that last one was with a twist! I was all set to attempt this rope climb, but the climbing rope was swung from another rope between trees like a hammock. This caused a bouncing movement when climbing the rope as other climbers also climbed. I did not like this! Dan with his arborist skills made it up no problem. I, on the other hand, had to do burpees. 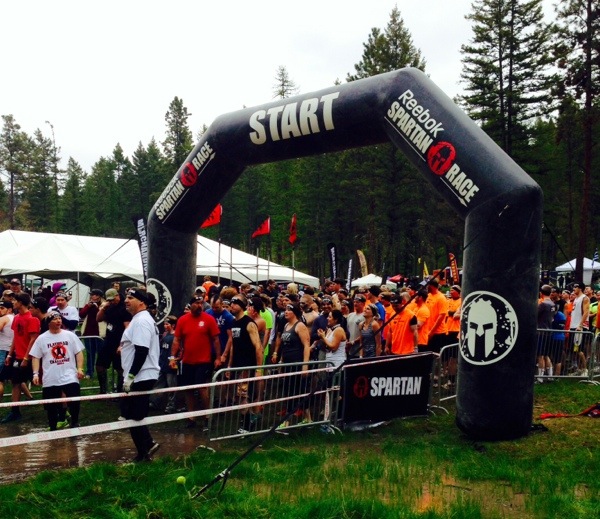 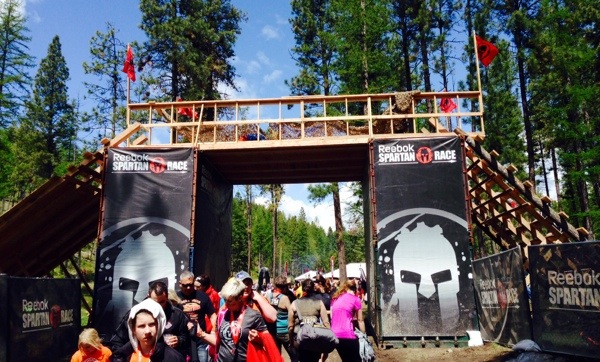 The terrain is crazy on this course, just like last year. Such steep climbs up the sides of mountains, to then only descend down slippery falls full of mud. It was also very wet and humid, in my opinion, but this just has to do with the surroundings. My glutes burned pretty much immediately upon climbing the first hill. This was expected though!

After the spear throw, Kelly and I told the boys to go ahead, as there was just the sandbag, 8-foot wall, and fire jump left. I finished in 1 hour 46 minutes. I even did two terrible cartwheels over the finish line mat! I am hoping that they caught it on camera, so when pictures are posted I will let you know! Being a bling junkie, I was excited to get the medal and see how it looked this year. The Spartan Race medals at split into 1/3 this year, and if you do one of distance they piece together as a giant medal. This race also included a special black medallion for the Founder’s Race, which is very cool!

We collected our bags, went and got an after photo, and proceeded to hose ourselves down. I didn’t even care that the water was ice cold, it just felt good to get semi-clean! After changing into crappy sweats, we collected our finisher shirts. I was pleasantly surprised with them, as last year they were just a standard cotton black shirt. Not comfortable or breathable at all. This year they are a heather grey, very light, and just plain awesome!

Other than the race itself being awesome, the after-experience at this particular Spartan Race is incredible. Just like last year, they had food trucks on site and beer flowing from local breweries. We stayed for over 3 hours after finishing and just enjoyed the food, beer, weather, and other racers finishing! It was a blast! I had been worried about the weather all week, as chance of rain was at about 80% for the whole weekend! but the afternoon photos speak for themselves! as we really got to enjoy the best Montana had to offer! When there is so much going on at the race site, beautiful May afternoon and all, why would we want to leave?!?! This is what makes the whole Spartan Race Weekend special—you don’t just go and run a race and are finished…you take it all in all weekend long! If you take advantage of all the things Spartan Race pulls together to make the whole weekend tie in, then you will have an amazing time. AROO! AROO! AROO! 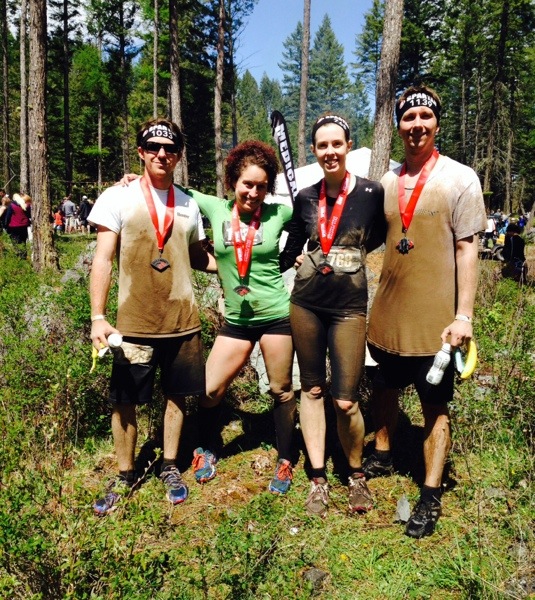