Oh hey.   I still have a blog.   Just haven’t had time in the last three months to actually write what I’ve wanted.   COVID is the reason why.   I have time today to write something, and I want to just do a month-by-month recap on things.  Some of it family, some of it running, some of it work, some of it just whatever.  More so now, I just want this as a record of what the hell has happened since the Pandemic started! 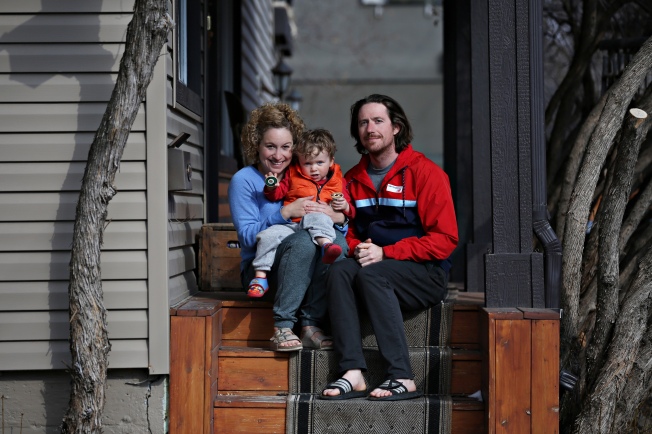 Yeah, so March was a chaotic mess.  On a Friday at work I frantically printed out like a dozen different study packages for my IB kids in case we weren’t there on Monday….and sure enough, school got canned Sunday night.  For the month of March, in our district we had to still be coming into work unless you were immuno-compromised.   This also meant daycare was cancelled.  Our son is 2.5 years old.  We have no family in town.  Our family are our best friends Peter & Mac and their daughter, Aria.  Since both kids go to daycare together, we figured out a way to make a cohort family and basically co-parent.  We rotated days that one adult would take both kids.  It took some planning, but we had to make it work.  And it did.

Races and events this month that were cancelled was Moonlight Run 10km (which is usually the kick-off of the race year) and we officially cancelled my mom’s trip for the month of April.  I had a hunch that she wouldn’t be able to come visit, so she cancelled her Amtrak ticket and got refunded, and then about a day or two later the borders got closed.

I barely can remember April.  It was Easter, but we didn’t do anything special.  Actually, we were going to try and do a dinner, but then I got a sore throat and freaked out and two days later I got a COVID test.   It was negative, but I was happy at how easy it was to book.  In Alberta, we have been fortunate to have pretty easy access to testing.  At that point and time, they had expanded testing a bit, but all I had to do was go on the Alberta Health website and complete a self-assessment.  The next day, I received a call from someone and booked an appointment for that afternoon.  It was quick and easy, and it was the throat swab, not the nose jab one.  In three days I got an automated call telling me my results were negative.   At this point in time, I remember talking to a friend back home who said she wasn’t even sure how they could access a test if they wanted one.  I realized at that point how lucky I was to be where I am.

As I said before, April was supposed to be a time my mom came and visited.  10 Mile Road Race was cancelled, our friend’s 40th birthday party pub run was postponed, Dan’s yearly Guys Trip to watch NBA playoffs was a no-go, and Andy’s appointment at the US Consulate in Calgary to get him a Social Security Number (first step to get him dual-citizenship) was canned.  We had the option to start working-from-home, so I started doing that.   I became less-motivated as the month wore on.  With running and work.  With no real consistency it was very hard to stay on track.  Our friends started doing weekly trivia on Tuesday nights so that was a great way to pass the time via ZOOM calls.  I said it at some point this month that I actually felt like Dan and I were ‘doing’ more with friends, as there was a concerted effort for front lawn drinks together, quarantine wine and beer tastings and Tuesday Trivia.

This is when it got weird.  Beginning of May was just like April in that we were pretty much at home all the time.  But in Mid May, Phase 1 of the Alberta Relaunch came.  Our friends, due to their jobs, opted to have their daughter go back into daycare.  That left Dan and I with Andy on our own.  It ended up being that I basically stayed home and worked while taking care of Andy so Dan could go into work and make money.  Dan has been the busiest he’s ever been this year (we think that since everyone is just at home they decided to take care of all their yard stuff!)  By the month’s end, I was at the end of my rope.

In May, our Whitefish trip for the half marathon was cancelled.  We had a beautiful cabin booked for us and three other couples.  We hope to do it next year.  Instead, some friends and I partook in an underground race involving trail running and drinking.  That’s all I am going to say about that!

We waived the white flag for help and my mother in law came down for a week to watch Andy so both Dan and I could actually get work done.  HUGE stress relief.  The school year was wrapping up and then thinking of the next school year was stressful in itself, as there are so many uncertainties.  The Alberta Government will make an official announcement on August 1st for the the plan in going in to the fall.   So I am just going to shut myself off in the month of July.

Phase II began in mid June and at that point Dan and I decided to try and get Andy back in to daycare, at least part time.  The month prior, I had said we could just save money this summer and wait to put him back in August….but my sanity to wearing thin.  He needs to socialization, we need him to be back.  He started back two days a week just last week and in July he will be back full time.  The protocols that they are following are very detailed and we feel confident and happy that he is back. 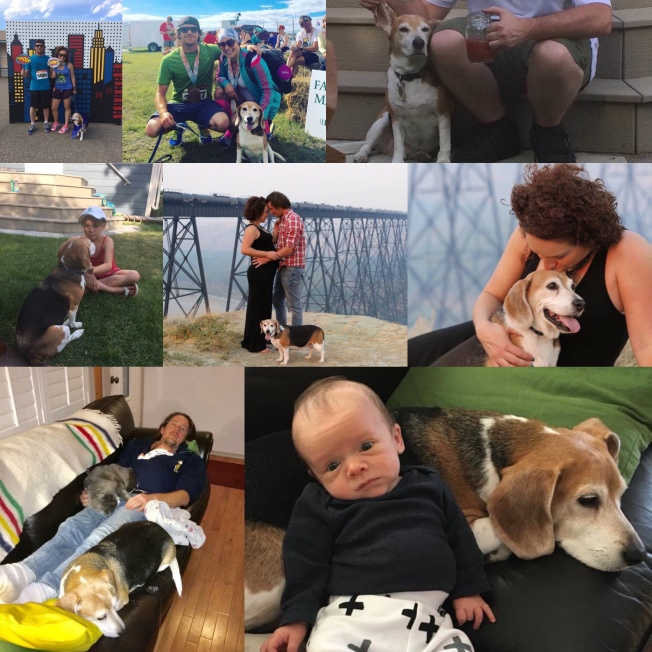 This month also marked some sadness.  Our beagle Snoopy had to be put down.  He had a decline occurring the previous six months, and it was just time.  His last week with us he stopped eating.  It was a cue.  We are so grateful that he made it to his 13th birthday in May, because back in 2017 was when he stopped walking for a bit due to his arthritis.  All we really were hoping for was that he would be around when Andy was born.  We aren’t sure how much Andy will remember Snoopy, but we will remember the time that he had with him.

The US/Canada border is still closed to vehicle traffic.  I understand why.  But it is now hitting me hard.  In a week, I was supposed to take the train back to Wisconsin with Andy.  We last were in Wisconsin with him during Christmas 2018.  This is the longest time that I haven’t been back.  The fact that I can’t go is hard.  I know there are worse things in life, but I am starting to struggle with this.

As I write this, it is my last day at work.  I took tomorrow off and we are heading to the family cabin at Gull Lake after school with Peter, Mac & Aria.  We haven’t ‘gone on a trip’ in some time.  To be somewhere different than Lethbridge for a few days, with our best friends, and seeing some of our family will be amazing.  COVID-19, you’ve really sucked the life out of 2020.  But, this is going to be a story to tell for the rest of our lives.