Some people like to recreate photos with their siblings or friends to model after photos of the past. I, on the other hand, enjoy taking photos resembling some iconic poses from my dad’s past.

These photos may not be important to anyone else but me and my mom. But being able to now go 11, 12 years later and take the “same shot” is priceless in my eyes. And there is no other place better to do this than Walt Disney World.!

My first attempt was last August 2013, when I went on my #16days extravaganza trip to Walt Disney World. My dad loved Buzz Lightyear; I have noted this before. I had to get my photo with Buzz! So, I waited in line solely for the purpose of this shot: 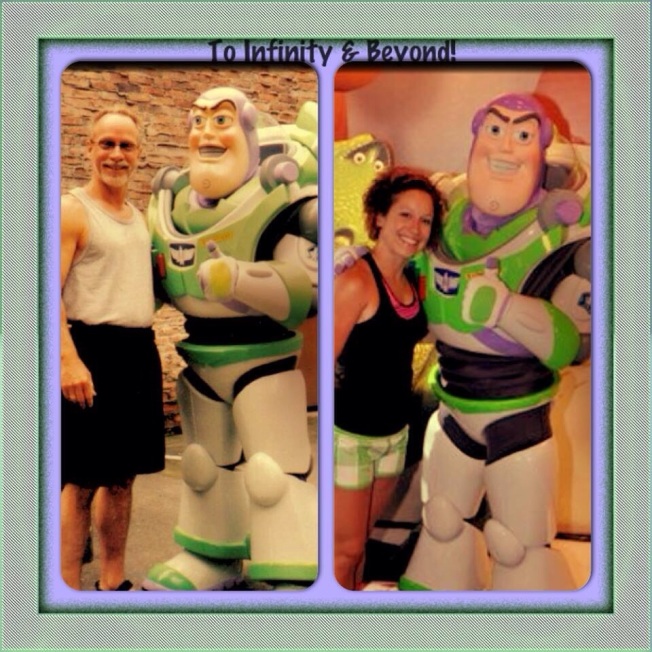 That was really my one “goal“-to recreate a photo next to Buzz. But this July, I had a second opportunity presented to me! A Photopass Photographer was in front of the Star Wars Starspeeder. The photo of my dad here was not only taken the same year as Buzz, but within a 20 minute period of one another. My mom and him were waiting outside of Star Tours for me that year and wandering around and she took both those pictures then! (She also got pooped on by a bird during that time. Don’t have a photo of that though!). Anyways, with that being said, I had to take a picture!

If another chance ever arises for me to “recreate” one of my dad’s “iconic” poses, I will certainly rise to the occasion!