In continuation of my last post, I am now going to talk about day 2 of my British Columbia Spartan Race weekend! So where did I leave off…oh yeah….Erin and I drive 10.5 hours to Sun Peaks Resort, run a 3 and a half hour race in rain, sleet and blizzard conditions, attend an after party for too late, get about 4 hours of sleep….and now it’s Sunday at 7:45 am.

Well, again, we weren’t. But, we signed up for the Sprint because we figured since we were already out there, we might as well do both races. And Erin needed this race for her Trifecta Tribe race, so I decided to do it with her.

Weather was a lot better this morning than Saturday. It was very quiet at the starting area, and not until 8:25 did they start calling our heat into the chute. And before you knew it, we were off! The race started off on the same route as the Beast….but it hurt ten times more today! A handful of others around us were Beast competitors the day before, and they were feeling the pain too. I was also feeling the dehydration due to too many sponsored Coors Lights on Saturday… 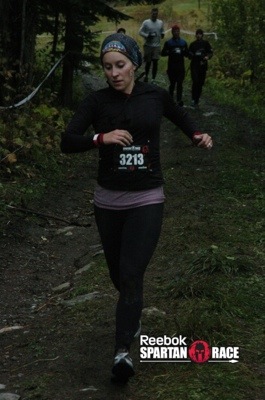 The obstacles and routes were pretty much the same as Saturday, though some terrain had changed over night, due to foot traffic and weather conditions. All the mud obstacles were especially gross, like the cinder-block pull, as the blocks were sunken into the ground and so were the ropes.

Erin and I were trying to bust through this course the fastest we could, so we could shower and be on the road. Sheer utter over-tiredness took me by storm at the barb-wire crawl, because at the end of it I laid in snow angel position and yelled “BLAH!” I had reached the end of my Spartan rope.

We did, however, accomplish some things today that we couldn’t the day prior. Both of us made it on the Traverse Wall, and we both successfully completed the Monkey Bars! Helped when they are not full of frozen rain! 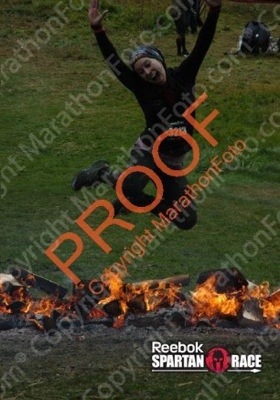 IWe finished the race strong, with a time of 1:32:14, and later found out the course was actually 7 km and then some, not the advertised 5km! Either way, we completed two Spartan Race distances in two days. And day 2 was as well-organized as day 1. The crowd and volunteers were outstanding, the workers were fantastic…and they brought us better weather the second go-around. Keep in mind, we also drove 21 hours in two days. And still had one of the best weekends of our life. Until next time…AROO! 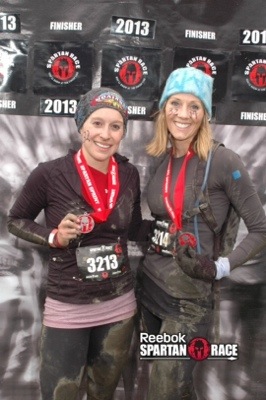