While Andrea is diligently training for her Dopey Challenge, I wish I could say the same was true for my first experience with a 5k. I had every intention of really working on a true 5k training program, but my orthopedic doctor put an end to that. Changed my approach to training at my health club with a walk 3 laps, run 1 lap plan. Twelve laps equal a mile. Tried that a few times, but my knee just wasn’t cooperating. Since I probably can walk faster than my slow jog was, I am now walking as many laps as I can in 45 minutes. My goal is do the 5k in 45 minutes or at least less than an hour. I’m going to try to do some “running” during the race, most likely at the start and again at the end. Since this is not only going to be my first 5k but also my last, I want to look good coming across the finish line!

You may wonder why I even decided to sign up for this 5k given my knee problems. The answer is simple. I’m doing it to support Andrea in her fund-raising efforts in memory of her dad. I’ve made yearly donations to the American Heart Association each year since Andy’s death, but what she’s doing goes much deeper. I am so proud of her efforts, both with her running and fund-raising thus far. Since she asked me to do another post, I’m also going to ask those of your who haven’t donated yet to do so. It doesn’t matter the amount. Even though she has surpassed the goals she set for both United States and Canadian donations, I know those amounts can get even higher with additional support from the followers of her blog. Not only will additional support help Andrea’s cause, it will give me the extra support I need. I’m freaking out about this little 5k! I am not nor have I ever been a runner. Andrea will attest to this! 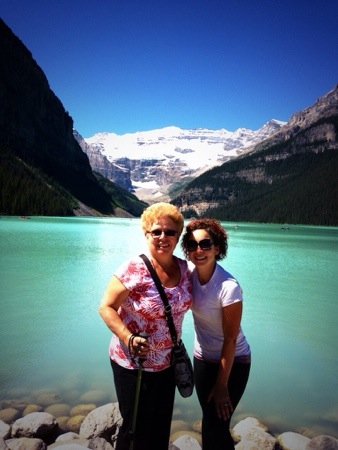